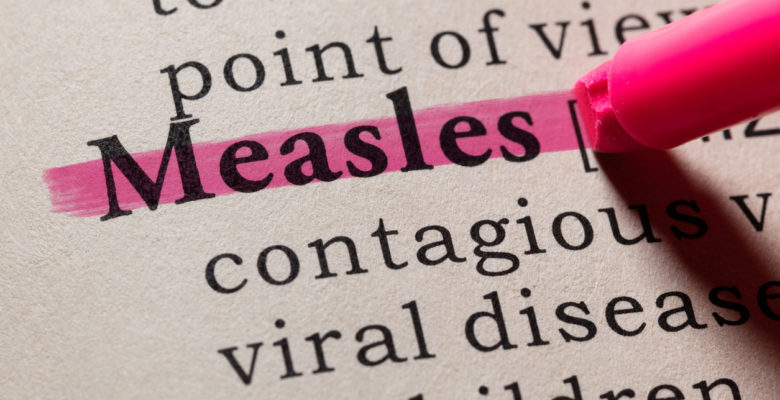 The World Health Organization (WHO) and UNICEF are warning about a “perfect storm of conditions for measles outbreaks affecting children” amid pandemic-related delays in routine immunizations.

There were more than 17,000 reported measles cases worldwide in January and February 2022, which isa 79% increase from the 9,665 cases of measles reported in the first two months of 2021, WHO said.

The problem is that millions of children have no protection against measles and many other dangerous vaccine-preventable diseases.

There were 21 “large and disruptive measles outbreaks” reported between April 2021 and April 2022, according to UNICEF.

While most of those outbreaks occurred in countries with conflict and instability, such as Afghanistan, Ethiopia, Somalia and Ukraine, the measles virus knows no political borders and it can quickly spread worldwide.

Measles is one of the most highly-contagious viruses known. It can linger in the air for up to 2 hours after an infected person leaves the area. People can also spread the measles virus for 4 days before they feel sick or develop a rash that spreads from their face to their body.

The most serious complications of measles include pneumonia, severe diarrhea, blindness, encephalitis (brain swelling), death, and a prolonged period of lowered immunity from other dangerous diseases.