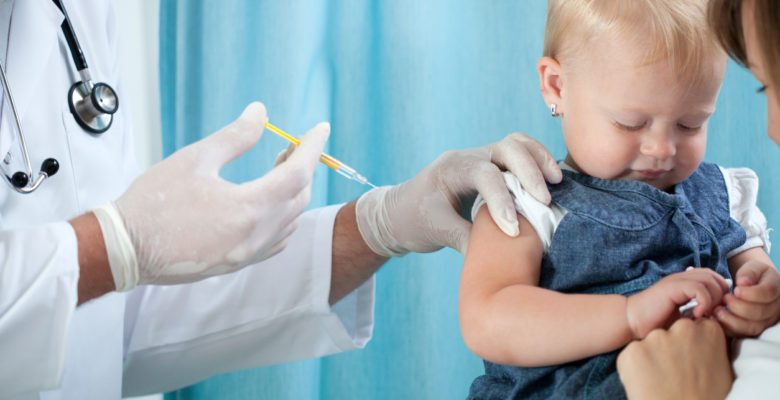 Nearly 1 in 10 infants worldwide did not get any vaccinations in 2016, according to the World Health Organization (WHO) and UNICEF immunization estimates.

That means 12.9 million babies did not get their first dose of DTaP vaccines against Diphtheria, Tetanus (lockjaw), or Pertussis (whooping cough).

DTaP vaccines are given in a series of 3 to 5 shots at different ages, but an estimated 6.6 million infants who did not complete the series of immunizations after receiving their first dose.

Since 2010, the percentage of children who did complete the DTaP series has stalled at 85%, according to the health organizations.

Dr. Jean-Marie Okwo-Bele, Director of Immunization, Vaccines and Biologicals at WHO, said:

“Most of the children that remain un-immunized are the same ones missed by health systems. These children most likely have also not received any of the other basic health services.”

About 50% of the 12.9 million un-vaccinated children live in countries affected by conflicts or humanitarian crises. Around 4 million of these children live in just three countries: Afghanistan, Nigeria, or Pakistan.

The good news is that rubella vaccine coverage improved from 35% in 2010 to 47% in 2016. This helps reduce the risk of congenital rubella syndrome, an infection that can cause permanent deafness, heart defects, blindness, and other lifelong disabilities.

Immunization programs prevent between 2 and 3 million deaths every year from tetanus, diphtheria, pertussis. Measles vaccine coverage is also improving. Globally, 85% of children have been vaccinated with the first dose of the measles vaccine (MMR) by 12 months of age.

Source: 1 in 10 infants worldwide did not receive any vaccinations in 2016

Previous ArticleWhat Ingredients Are in a Flu Shot?
Next ArticleMerck Hit With Zostavax Shingles Vaccine Lawsuits