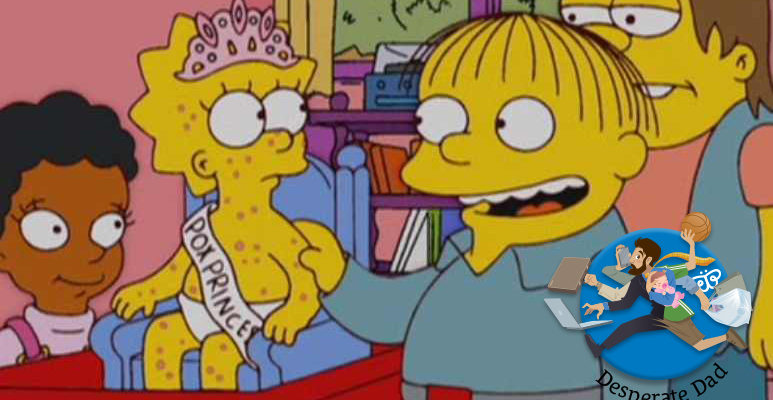 A chickenpox party (or “pox party”) is when parents deliberately expose a sick child with chickenpox to children who are not immune, hoping their children will get sick and develop immunity to chickenpox.

Before the chickenpox vaccine Varivax was introduced in 1995, pox parties were very popular for a few reasons. The biggest reason was that parents thought it was safer to get chickenpox as a child than as an adult. Infections tend to be severe for adults and pregnant women.

The other reason was that chickenpox was nearly inevitable at the time. Over 4 million people got chickenpox per year, 11,000 were hospitalized, and 100-150 died. Vaccines reduced these rates by 90%.

Finally, no one knew the long-term risks. Experts knew the chickenpox virus could re-activate and cause shingles in adults, but they did not know nerve damage was so common until studies in the mid-1990s.

Now we know 30% of people who get chickenpox (or a vaccine) will get shingles as an adult. Shingles causes a skin rash that clears up in a few weeks, but in about one in five victims, the rash leaves behind permanent nerve damage. It can cause excruciating chronic pain. This devastating complication is also called Post-Herpetic Neuralgia (PHN).

Shingles is a growing epidemic in the United States due to chickenpox parties and routine childhood immunizations. Even so, immunizations against chickenpox are still significantly safer than getting chickenpox.

The biggest problem with chickenpox parties is the risk of a serious infection — for adults as well as children attending the party. If the sick child has a wild-type virus, adults who already had chickenpox or got the vaccine could still get very sick. Or they might have a minor illness and become “carriers,” spreading it to others without realizing it.

The vaccine also has serious side effects like allergic reactions, high fever, seizures, brain reactions, and even death — but complications are 1,000-times less likely to occur with the vaccine than chickenpox.

Some parents still believe chickenpox is less dangerous than vaccines and “pox parties” still happen. If you’re not convinced, there are two good reasons why it is a very bad idea to host a party or attend one.

First of all, Child Protective Services (CPS) may show up. That’s what happened to Amanda Witt, a mom in Plano, Texas who hosted parties and had a Facebook group for over 300 anti-vaccination parents.

If a child is introduced to the chickenpox and becomes seriously ill, or dies, then the parents could face criminal liability out of the penal code.”

Vaccines are undoubtedly safer than pox parties, but not all vaccines are made equally. Children should get separate shots for chickenpox (Varicella) and MMR (Measles, Mumps, and Rubella) because the combined MMRV doubles their risk of fever-induced seizures. The risk is about one in 1,250 for MMRV vs. one in 2,500 for separate shots.