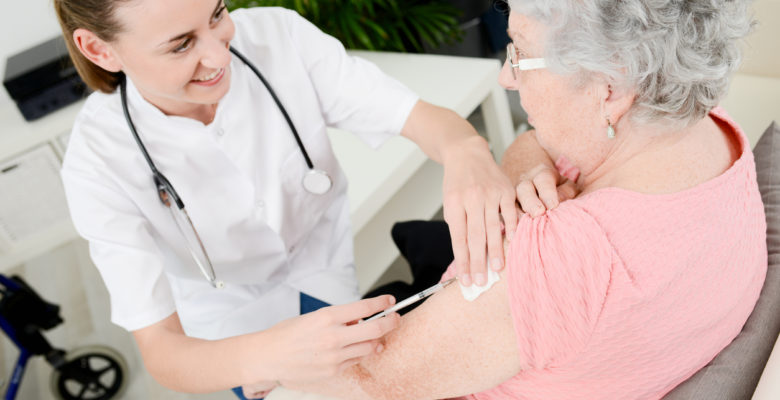 Australia had an extremely bad flu season over the last few months, and experts believe it was probably because of mutations in the influenza virus (H3N2) that was used in the vaccine.

When H3N2 grows inside eggs, its hemagglutinin (HA) mutates to grow better in birds. The problem is that laboratories are producing vaccines for humans that are based on a mutated version of the virus.

So when vaccine manufacturers try to create a new flu vaccine to match the viruses that are circulating around the world, they might think they got it right — only to discover too late that the virus they started with in the laboratory isn’t the same one that gets into the shot.

Even when manufacturers predict the right strains they will need to make a good vaccine, flu shots are only 40-60% effective at best.

This year, the flu shot is only about 10% effective — and that means the U.S. is likely to suffer an unusually bad flu season this winter.

The good news is that we have a better alternative. People with egg allergies get a different flu shot with viruses that aren’t grown in eggs. Instead, the viruses are grown in animal cells.

In the future, animal cell-based flu vaccines could become a much better method of creating flu shots. It is also faster than growing flu viruses in chicken eggs. Eggs must be gathered fresh, but animal cells can be grown in labs and frozen down until they are needed.

This cell-based vaccine technology has been around for years, but pharmaceutical companies have been slow to make the switch. The reason is because it will be very expensive to make a fundamental change to the manufacturing process for millions of vaccines.

Furthermore, until now, there hasn’t been much demand for cell-based flu shots, except for a small number of people with egg allergies. That is likely to change if studies show that non-egg vaccines are better.

Source: We’re missing out on a better way to make flu vaccines