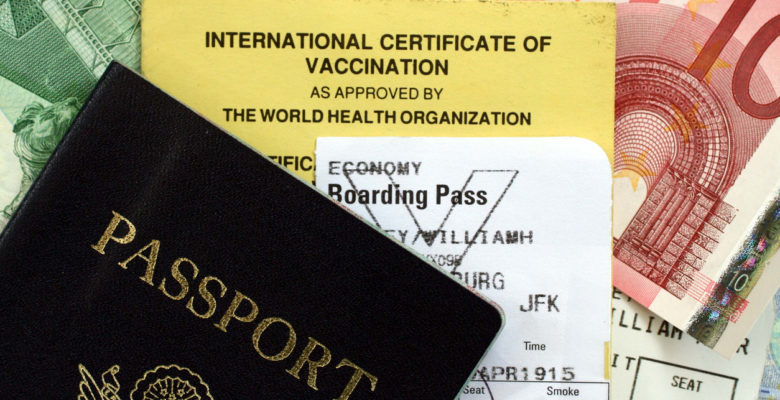 The peak summer travel season is here. If you are planning on traveling to Europe or other global destinations, be sure to get an MMR vaccine against measles, mumps, and rubella.

Measles spreads in the air from coughing, breathing, sneezing, or talking. You can get measles from being in the same room or airplane as someone who is sick — and for several hours after they leave.

Measles is one of the most contagious of all diseases. Around 90% of non-immune people who are exposed to the measles virus will get sick.

The symptoms of measles include fever, cough, conjunctivitis, and a red rash with spots. The rash appears about 2 weeks after exposure to the virus. Measles viruses can also live for up to 2 hours in the air.

The good news is that measles can be prevented with the MMR vaccine, which also boosts immunity against mumps and rubella.

Measles vaccination before international travel is also important for adults. Over 14,000 cases of measles have been reported in Europe since 2016, resulting in 35 deaths.

International travelers may need to get 1 or 2 doses of the MMR vaccine about 4-6 weeks before they plan on traveling. Each dose must be separated by at least 28 days.

The CDC also recommends 2 doses of the MMR vaccine for babies and school-age children, with the 1st dose at the age of 12-15 months and the 2nd dose at 4-6 years of age. One dose is about 93% effective at preventing measles. Two doses are 97% effective.