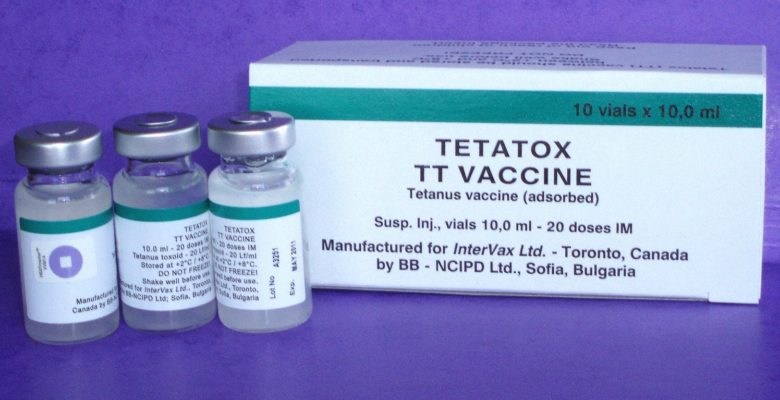 Tetanus (lockjaw) is a bacterial infection that can cause severe muscle stiffness. It is preventable with routine childhood immunizations such as DTaP or DT vaccines, or booster shots such as Td and Tdap vaccines. 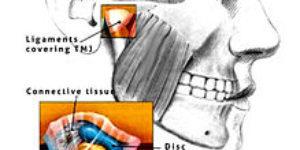 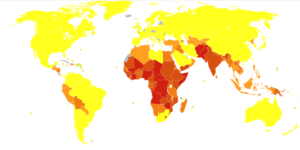 Countries Where Tetanus is Common 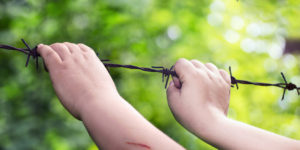 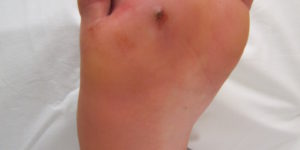 Table of Contents for Tetanus

Tetanus, also called lockjaw, is a serious infection caused by the bacteria Clostridium tetani. This common bacteria produces a toxin (tetanospasmin) that attacks the nerves that control muscles. It causes severe muscle stiffness and tightness all over the body, but most often in the jaw and neck, which is why it is also called “lockjaw.”

How do you get tetanus?

Tetanus is caused by dormant bacterial spores in dirt, manure, or dust. You can get tetanus if the bacteria gets into your body through a cut, wound, animal bite, burn injury, or non-sterile injection needle.

The tetanus bacteria can get into the body through even a tiny scratch, but the highest risk is with deep puncture wounds from nails or knives. The infection occurs when the spores re-activate and the bacteria starts growing inside the body or a poorly-cleaned skin wound.

How many people get tetanus every year?

An average of 30 cases of tetanus are reported in the United States per year. Nearly all cases are in people who never got a tetanus vaccine or adults who are not up-to-date on their booster shots. Worldwide, there are about 10,000 cases of tetanus reported per year.

What are the symptoms of tetanus?

The incubation period is usually between 3 and 21 days (average 10 days), but it may range from 1 day to several months, depending on the type of wound where the tetanus bacteria entered your body.

Can tetanus cause death?

Yes. Tetanus is deadly in approximately 2 out of 10 people (20%). The most common cause of death is suffocation due to severe stiffness of breathing muscles. Without treatment, 60-70% of people recover on their own, but it can take months.

What are complications of tetanus?

No. Tetanus is not spread from person-to-person. The only way it spreads is when bacterial spores enter a wound.

How is tetanus treated?

There is no cure for tetanus. Treatment consists of wound care and medications to control symptoms. Cleaning the wound is the first step to prevent the growth of tetanus spores.

Medications may include the tetanus antitoxin (such as tetanus immune globulin), antibiotics, vaccination as soon as tetanus is diagnosed, sedatives to control muscle spasms, painkillers, and medications to regulate the activity of involuntary muscles that control breathing and heartbeat.

What is the tetanus vaccine?

What is the tetanus antitoxin?

The tetanus vaccine is created using the tetanospasmin toxin to make an antitoxin. When the vaccine antitoxin gets in the bloodstream, the body’s immune system reacts by making antibodies that protect against the tetanus bacteria and prevent infections with tetanus.

The original tetanus antitoxin was developed in the 1800s and it was made from antibodies in horses that were injected with tetanus toxins. It often caused a bad reaction known as serum sickness in humans.

How effective is the tetanus vaccine?

The tetanus vaccine is nearly 96% effective in preventing tetanus for 13-14 years, and 72% effective for more than 25 years. Immunity does not last forever, so booster shots are recommended every 10 years.

What is the immunization schedule for tetanus?

Babies and young children need three doses of the DTaP vaccine to build up immunity against tetanus, diphtheria, and pertussis, plus two booster shots to maintain protection until they are teenagers.

The DTaP immunization schedule is at the following ages:

Yes. Teenagers should get one dose of the Tdap vaccine to boost immunity against tetanus, diphtheria, and pertussis between the ages of 11 and 12 years old.

Older teenagers and adults should still get one dose of the Tdap vaccine. Afterward, the Td vaccine is recommended every 10 years to boost immunity against tetanus and diphtheria.

What are tetanus vaccine names?

Is a tetanus shot required for school or daycare?

Yes. As of August 2014, all 50 states and D.C. require tetanus vaccination for children who attend public school. These laws usually also apply to private school and daycare facilities. Certain states allow exceptions and you should check with your local health department for more information.

Is the tetanus shot safe?

With any vaccine, there is always a chance of side effects. They are usually mild and go away within a few days, but severe reactions are also possible. However, most people who get a tetanus vaccine do not have any serious problems.

To learn more about the side effects associated with the tetanus vaccine, please visit this page: Tetanus Vaccine Side Effects.

The risk depends on the vaccine, but the most common side effects of tetanus vaccines generally include:

Shoulder Injury Related to Vaccine Administration (SIRVA) is another rare side effect in which the needle punctures the shoulder bursa, ligaments, or tendons. It can cause severe shoulder pain and limited range of movement. Severe cases may result in permanent disability.