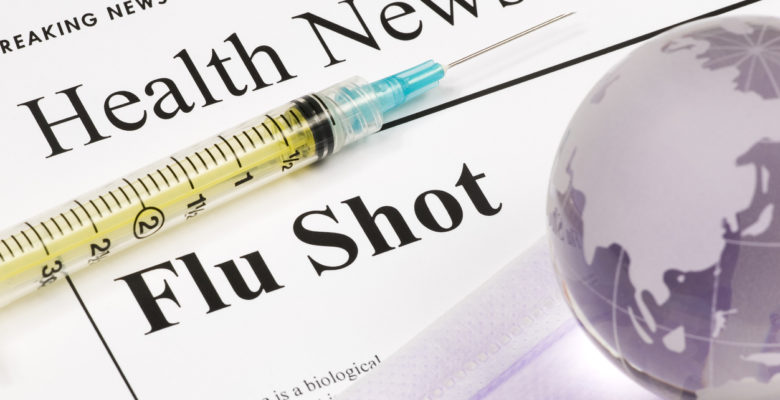 November 1, 2017 — A new study has found explanation for the notoriously low effectiveness of the seasonal flu vaccine.

The problem is that vaccines against the flu (influenza) are made with viruses that are grown in chicken eggs, where the virus is known to mutate to better adapt to infecting birds.

These mutations make the virus induce antibodies that are 1,000-times weaker than normal, according to a study led by scientists from The Scripps Research Institute.

Virus expert Dr. Ian Wilson demonstrated that these mutations occur in the H3N2 influenza virus, which egg-based vaccines are especially bad at protecting against.

There are currently several flu vaccines that are not grown in eggs. For example, Flucelvax is grown in kidney cells for dogs. Another flu vaccine called Flublok is grown in insect cells.

The mutation increases the flexibility of hemagglutinin, a flu protein that is a major target of antibodies. This mutation changes how the protein binds to the cells the virus infects.

According to Dirk Zajonc, an associate professor at the La Jolla Institute of Allergy & Immunology:

“The immune system simply doesn’t encounter the same virus that it has seen during immunization.”

The researchers are looking into ways to make the flu virus grow better in eggs without triggering the unwanted mutations.

The study was published in the journal PLOS Pathogens — “A structural explanation for the low effectiveness of the seasonal influenza H3N2 vaccine.”