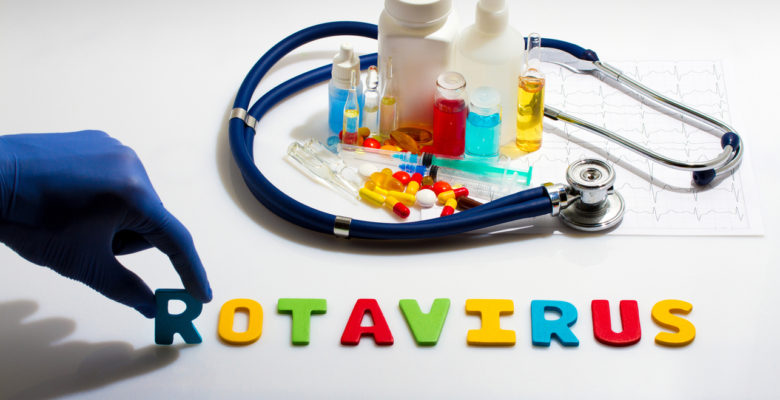 Rotavirus is a contagious virus that can cause severe diarrhea, vomiting, fever, and dehydration. It spreads easily among infants and children. There are two vaccines that can prevent up to 90% of severe illnesses. 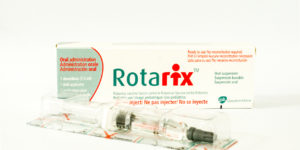 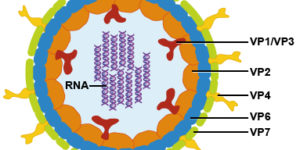 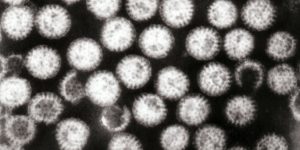 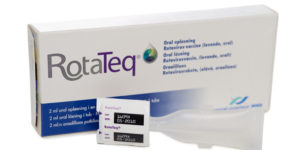 Table of Contents for Rotavirus

Rotavirus is a highly-contagious virus that causes gastroenteritis (intestinal inflammation). Rotavirus is very common, with almost all children infected by age 5. Babies who are vaccinated against rotavirus are far less likely to develop severe diarrhea or dehydration.

Rotavirus outbreaks are most common in winter and early spring, especially in daycares or schools. Children and adults can get rotavirus more than once, but the first infection is usually the worst.

How do you get rotavirus?

Rotavirus spreads in stools (feces) and it spreads when people touch contaminated objects and put their fingers in their mouth.

Infected people shed large amounts of rotavirus in their stools and they are contagious for 2 days before diarrhea and up to 10 days afterward. Children with weak immune systems may be contagious for 30 days or more. Rotavirus can also survive in the environment for months.

How many people get rotavirus every year?

Each year the United States, rotavirus causes 3 million cases of diarrhea and 55,000 hospitalizations for severe dehydration in children under 5 years old. The risk of death is low in the U.S., but worldwide, over 500,000 children die of rotavirus diarrhea every year.

What are the symptoms of rotavirus?

Rotavirus infections do not always cause symptoms, especially in adults. Vomiting is usually the first symptom, followed by fever and diarrhea for 3-8 days. Some children develop diarrhea for weeks.

People can get rotavirus more than once because there are many types of rotavirus, but the first infection is usually the worst. Repeat infections may not cause any symptoms.

The symptoms of rotavirus infection may include:

Diarrhea and vomiting can quickly lead to dehydration in infants and young children. Caregivers should watch closely for these symptoms:

People who are infected with rotavirus usually develop diarrhea within 1-3 days of exposure to the virus.

What are complications of rotavirus?

Dehydration is the most common serious complication of rotavirus, especially in young children. It can occur very quickly and lead to other complications like kidney failure, coma, hypovolemic shock, seizures, and death.

How is rotavirus treated?

There is no “cure” for viral diseases like rotavirus, so treatment focuses on avoiding complications of dehydration. Lost fluids may be replaced by drinking re-hydration solutions. People with severe vomiting may need intravenous (I.V.) fluids and nutrition in a hospital.

What is the rotavirus vaccine?

The first vaccine against rotavirus, RotaShield®, was approved in 1998, but withdrawn in 1999 because it was associated with a rare but severe type of bowel obstruction known as intussusception.

How effective is the rotavirus vaccine?

About 40% of children who are naturally infected with rotavirus will be protected against future infections, even if they are not vaccinated. There are many different types of rotavirus, and sometimes infections occur in vaccinated people. Even so, the vaccine significantly boosts immunity to rotavirus and reduces the chance of hospitalization.

What is the immunization schedule for rotavirus?

There are two rotavirus vaccines RotaTeq and Rotarix. They are both live attenuated (weakened) viral vaccines that are given to babies orally in multiple doses, but on different immunization schedules.

The immunization schedule for RotaTeq is a 3-dose series, with one dose given at the ages of 2 months, 4 months, and 6 months old.

Rotarix is given in a 2-dose series, with one dose given at the ages of 2 months and 4 months old.

Is the rotavirus vaccine safe?

Most babies who get the rotavirus vaccine do not have any side effects. There is a small risk of a severe allergic reaction (anaphylaxis), estimated at fewer than 1 in a million doses, and a rare but serious intestinal side effect called intussusception.

To learn more about the side effects associated with the rotavirus vaccine, please visit this page: Rotavirus Vaccine Side Effects.

Babies who receive the rotavirus vaccine commonly develop irritability, mild diarrhea, or temporary vomiting. Due to the risk of these side effects, vaccination should be delayed in babies who are moderately or severely ill, especially if they already have diarrhea or vomiting.

Intussusception is a type of bowel obstruction that occurs when the intestines fold in on themselves like a telescope. It requires treatment in a hospital and sometimes surgery. There is a small risk of intussusception from the rotavirus vaccine, usually within 7 days of the 1st or 2nd dose. The risk is estimated to range from 1 in 20,000 to 1 in 100,000 infants who get the rotavirus vaccine.