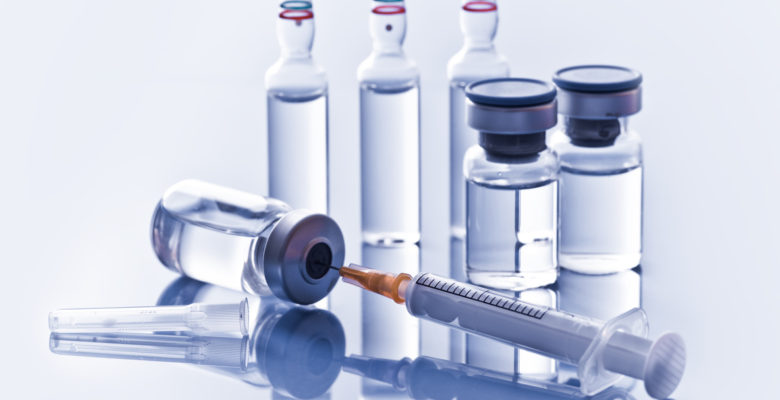 Infanrix an immunization against diphtheria, pertussis, and tetanus. It is given in a 5-dose series of shots to children between the ages of 2 months and 6 years old. 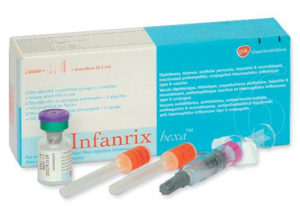 Infanrix® is a DTaP vaccine made by GlaxoSmithKline that was approved in 1997. It is an inactivated bacterial vaccine against diphtheria, tetanus, and pertussis (also known as “whooping cough”).

DTaP is an immunization against three diseases that are caused by bacteria: Diphtheria (D), Tetanus (T), and or Pertussis (P). Infanrix contains acellular pertusssis (the “a” in DTaP) and modified bacterial toxins (toxoids) of diphtheria and tetanus.

Infanrix is given in a 5-dose series of shots to children under 7 years old. One shot of Infantix is administered at each of the following ages:

What dose is more likely to cause side effects?

Fever was common (20-30%) after Doses 1, 2, and 3. Injection-site reactions like pain, redness, and swelling were more common after Doses 4 or 5, with the rates ranging from 10-53%. Around 15-60% of children had drowsiness, irritability/fussiness, or loss of appetite.

What are the most common side effects of Infanrix?

Who should not get Infanrix?

Infanrix should not be given to children who had a severe allergic reaction to a previous dose of a diphtheria, tetanus, or pertussis vaccine, latex, or other ingredients in Infanrix (see below for a list).

It is also not safe for children who have progressive neurological disorders, or encephalopathy within 7 days of a previous vaccine.

What are severe side effects of Infanrix?

Infanrix has been linked to other side effects, but because these reports are voluntary, it is unknown if they were actually caused by Infanrix. The potential risks include:

What else is in Infanrix?

Each 0.5-mL dose of Infanrix contains aluminum hydroxide as an adjuvant (not more than 0.625 mg aluminum), 4.5 mg of salt, and trace amounts of formaldehyde and polysorbate 80 (Tween 80).