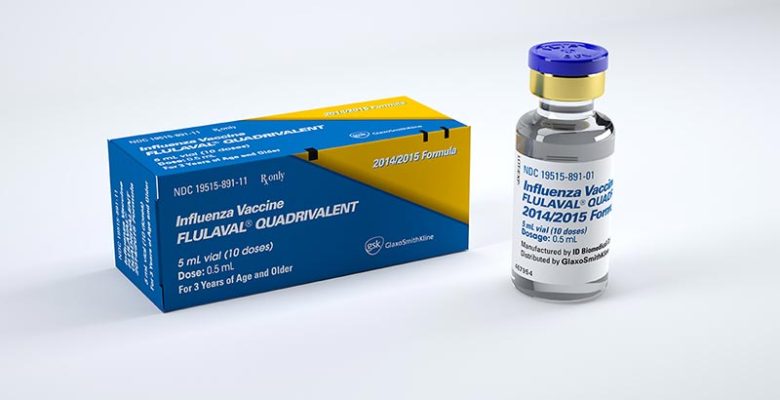 FluLaval is a flu shot that helps prevent infection with three or four different types of influenza viruses. Some types of FluLaval were recalled in April 2015 because they might not be effective.

Why did GlaxoSmithKline recall FluLaval?

In April 2015, GlaxoSmithKline recalled all remaining doses of the 2014-2014 FLULAVAL® QUADRIVALENT Thimerosal-free Pre-Filled Syringes (PFS) flu vaccine because the vaccines may not be effective due to a decrease in potency detected through routine testing.

The vaccine’s potency fell below a pre-specified limit before the expiration-date of the vaccine. The potency issue only affects vaccines administered in early January 2015 or later. Doses of this vaccine administered through the end of 2014 did not fall below specified potency limits.

Can children get FluLaval?

FluLaval Quadrivalent was first approved in children over 3 years old in 2013. In November 2016, the FDA expanded approval to include infants over the age of 6 months, as well as older children and adults.

How is FluLaval made?

The flu viruses in FluLaval are made in fertilized chicken eggs, which may trigger hypersensitivity reactions in people who are allergic to eggs. Each virus is inactivated with ultraviolet light and formaldehyde.

How is FluLaval given?

FluLaval is a single 0.5-mL injection that is administered in the thigh muscle of infants aged 6 to 11 months, or in the upper arm (deltoid muscle) of everyone over 12 months old.

Can FluLaval give you the flu?

No. Flu-like symptoms and illnesses have been reported in people who got FluLaval, but the vaccine contains inactivated viruses that can’t cause the flu. The symptoms are signs of the body developing immunity, rather than an infection with the virus.

Children between the ages of 6 months and 8 years old who have never had a flu shot before should get two 0.5-mL doses of FluLaval, given at least 4 weeks apart. One or two doses can be given in this age group of children who received a flu shot in a previous season.

Adults and adolescents over 9 years old can get one 0.5-mL dose of FluLaval.

Who should NOT get FluLaval?

FluLaval is contraindicated in anyone with a history of severe allergic reaction (e.g., anaphylaxis) to any ingredient in the vaccine, including egg protein, or after a previous flu shot.

FluLaval may pose additional risks in anyone who developed Guillain-Barré Syndrome (GBS), or severe muscle weakness after a flu shot. The 1976 swine flu shot was linked to an increased risk of GBS.

What are the most common side effects of FluLaval?

What is the risk of side effects?

FluLaval Quadrivalent is more likely to cause side effects in certain age groups. Studies have shown the following risks:

What are severe side effects of FluLaval?

What ingredients are in FluLaval Trivalent?

FluLaval Trivalent is formulated to contain 45 micrograms (mcg) of hemagglutinin (HA) per 0.5-mL dose, in the recommended ratio of 15 mcg HA for each of the three flu virus strains in the vaccine (two A strains and one B strain).

Antibiotics and latex are not used to make FluLaval Trivalent.

What ingredients are in FluLaval Quadrivalent?

FluLaval Quadrivalent has 60 micrograms (mcg) of hemagglutinin (HA) per 0.5-mL dose, in the recommended ratio of 15 mcg HA for each of the four flu virus strains in the vaccine (two A strains and two B strains).

Antibiotics and latex are not used to make FluLaval Quadrivalent.

Does FluLaval have thimerosal?

There is no thimerosal in the pre-filled 0.5-mL syringe of FluLaval Quadrivalent or Trivalent, but both vaccines do have thimerosal added to the 5-mL multi-dose vials as a preservative. Each 0.5-mL dose from the multi-dose vial contains 50 mcg thimerosal (<25 mcg mercury).

Can Flulaval cause a Shoulder Injury Related to Vaccine Administration (SIRVA)?

Yes. Flulaval is a flu shot that can potentially cause a Shoulder Injury Related to Vaccine Administration (SIRVA), often when the vaccine needle is injected too high or too deep into the shoulder.

Can Flulaval cause Guillain-Barre Syndrome (GBS)?

Yes. Flulaval, like most flu shots, may slightly increase the risk of developing Guillain-Barré Syndrome (GBS), a rare side effect that can cause permanent nerve damage or paralysis.

Can I file a Flulaval lawsuit?

If your or a loved one suffered from a shoulder injury (SIRVA) or Guillain-Barré Syndrome after receiving the Flulaval flu shot, contact our law firm about filing a lawsuit. You could receive up to $250,000 from the Vaccine Injury Compensation Program (VICP).