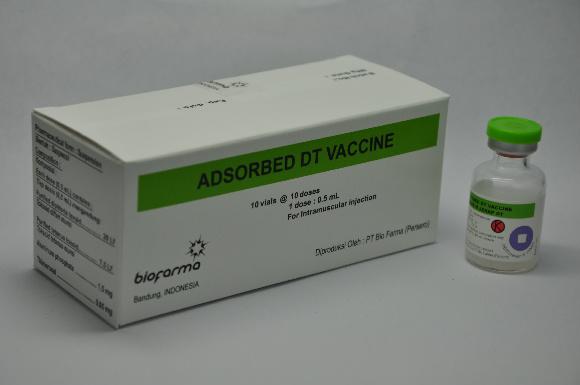 DT is an immunization against diphtheria and tetanus. It has an extremely low risk of severe side effects, which is why DT is sometimes used instead of DTaP vaccines for children.

What is the DT vaccine? 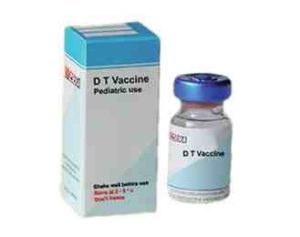 DT is an immunization against the bacterial diseases diphtheria and tetanus. The vaccine contains modified bacterial toxoids that can’t cause the disease. Instead, they trigger the immune system to respond and develop anti-toxins and immunity to both diseases.

What are DT vaccine names?

There is only one DT vaccine. It is a generic without a brand-name that has been sold by Sanofi Pasteur in the U.S. since 1997. Is one of the safest and oldest vaccines on the market.

Who gets the DT vaccine?

Most children get DTaP instead of DT vaccines, but DT is safer for children who shouldn’t get vaccines with a pertussis (whooping cough) component. DT vaccines are for children between the ages of 6 weeks and 6 years old. Teenagers and adults get Tdap or Td vaccines.

Who should not get the DT vaccine?

DT vaccines are not safe for people who had severe allergic reactions (e.g., anaphylaxis) to a previous dose of a vaccine against diphtheria or tetanus, or other ingredients in the vaccine (see below for a list).

Why use DT instead of DTaP?

The DT vaccine is used in children who had a bad reaction to a DTaP vaccine, or any other vaccine with a pertussis (whooping cough) component. DT is safer than DTaP for children with these conditions:

These side effects are almost never associated with DT vaccines, but most children should still get DTaP because the risk of side effects is much lower than the risk of dying in an outbreak of pertussis.

The immunization schedule for the DT vaccine is a series of 5 shots, with one shot given at each of the following ages:

Yes. DT vaccines do not provide lifelong immunity against diphtheria or tetanus. Teenagers and adults need a Tdap or Td booster shot at the age of 11 years old and every 10 years afterward.

What are common side effects?

The risk of depends on the dose. In clinical trials, the most common DT vaccine side effects were crying (13-15%) and loss of appetite (3-6%). Up to 4% of children had reactions where the shot was given (redness, pain, or hardness). Up to 6.6% of children had a fevers over 100.4°F after the 3rd dose.

What are severe side effects of DT?

The following side effects have been reported spontaneously since the DT vaccine was approved:

Does the DT vaccine have thimerosal?

No. Thimerosal is a mercury-based preservative that was banned in all childhood vaccines in 1999, including DT vaccines. The side effects of the DT vaccine listed above were based on clinical trials when thimerosal was still used in DT vaccines, so they may over-estimate the risk of side effects.

What else is in the DT vaccine?