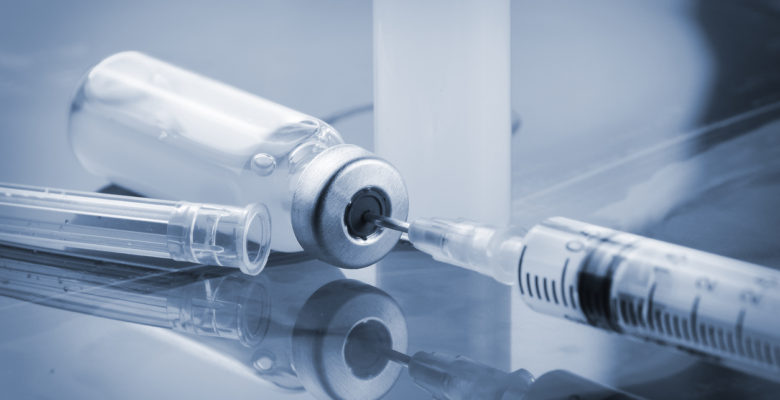 The most common diphtheria vaccine side effects are injection-site reactions (10-50%). Up to 30% of children develop fevers. Less-common side effects include nerve damage, seizures, severe allergic reactions, and more.

What is the diphtheria vaccine? 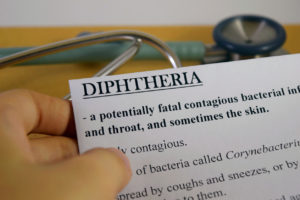 Diphtheria vaccines are usually combined with vaccines against tetanus and pertussis (whooping cough). The diphtheria vaccine contains a toxoid, which is a modified bacterial toxin that triggers the body to respond and develop immunity to diphtheria.

There are four types of immunizations:

Diphtheria is included in DTaP or DT vaccines that are given in 5 separate doses to children starting at 2 months old. Teenagers over 13 and adults receive booster shots of Tdap or Td every 10 years.

Is the diphtheria vaccine safe?

Yes. The diphtheria vaccine is one of the oldest and safest vaccines available. Severe reactions are extremely rare. There are no reported major allergic reactions (anaphylaxis) to the diphtheria component, according to the World Health Organization (WHO).

It is challenging to figure out what side effects are specifically caused by the diphtheria part of a “combination” vaccine like DTaP, but there is evidence that diphtheria vaccines can cause Brachial Neuritis or Guillain-Barré Syndrome (GBS) in about 1 in 1,000,000 vaccinations.

Do some vaccines have a higher risk of side effects?

Yes. Diphtheria vaccines are combined with vaccines against other diseases, and some are safer than others. For example, DTP vaccines are no longer used because they caused more side effects than DTaP with an “acellular” pertussis component.

What is the most common side effect?

Up to 50% of people who get the diphtheria vaccine experience minor side effects where the shot was given, such as swelling or pain. These reactions become more common as the number of vaccine doses increases, and when it is combined with tetanus or pertussis vaccines. Large, local reactions occur after 1-2% of DTaP vaccine booster shots.

What are common diphtheria vaccine side effects?

What are severe diphtheria vaccine side effects?

A variety of vaccines containing diphtheria toxoids have been linked to the following severe side effects:

Can the vaccine cause diphtheria?

When should I call a doctor?

You should call 9-1-1 or seek emergency medical attention for:

Should I worry about other ingredients?

Another controversy over diphtheria vaccines are low levels of toxic ingredients like aluminum, formaldehyde, and thimerosal (mercury). You probably consume higher levels in food, water, and breathing.

Aluminum is used in vaccines to trigger a stronger immune response and boost immunity. It slightly increases the risk of side effects where the shot was given. There is no evidence for neurotoxic effects in humans from vaccines.

Thimerosal is a mercury-based preservative in diphtheria vaccines. Unlike mercury found in fish,

thimerosal does not stay in the body and it has been used safely in vaccines since the 1930s. It hasn’t been used in any vaccines for children since 2001, including DTaP and DT.

Previous ArticleWhat is a Chickenpox Party?
Next ArticleDiphtheria Vaccines