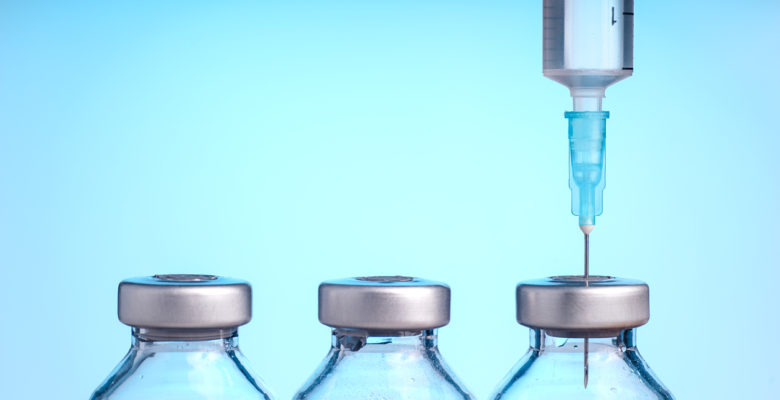 Daptacel is an immunization against diphtheria, tetanus, and pertussis (DTaP) that is given in a 5-shot series to children. 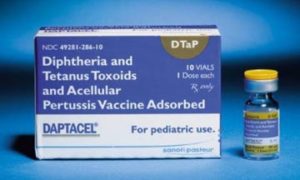 Daptacel® is a DTaP vaccine made by Sanofi that was approved in 2002. Daptacel is an inactivated bacterial vaccine against diphtheria, tetanus, and pertussis.

Children under 7 years old should get 5 shots of Daptacel, one shot at each of the following ages:

What dose is more likely to cause side effects?

What are the most common side effects of Daptacel?

Who should not get Daptacel?

Daptacel is not safe for children who had severe allergic reactions after a previous vaccine against diphtheria, tetanus, or pertussis, or any other ingredient in Daptacel (see below for a list of ingredients).

Children should not get Daptacel if they had encephalopathy (brain inflammation) within 7 days of a previous pertussis vaccine, or any progressive neurological disorder until the condition has stabilized.

Daptacel may also be risky for children who had severe side effects within 48 hours of a previous pertussis vaccine, such as:

Daptacel may increase the risk of Guillain-Barré Syndrome (GBS) in children who developed this condition within 6 weeks of receiving a previous pertussis vaccine.

Premature babies who receive Daptacel have stopped breathing temporarily. This condition is called apnea. The risk should be carefully considered based on the infant’s medical status.

What are severe side effects of Daptacel?

Daptacel has been linked to other side effects. Some of them were reported frequently or extremely serious. It is unknown if Daptacel actually causes these side effects, but the potential risks include:

What else is in Daptacel?

Daptacel vaccines that are injected too high or too deep into the upper arm can potentially cause a devastating inflammatory shoulder injury known as Shoulder Injury Related to Vaccine Administration (SIRVA).

Can I file a Daptacel lawsuit?

If your child received Daptacel and developed SIRVA, you may be eligible to file a lawsuit. You could receive up to $250,000 from the Vaccine Injury Compensation Program (VICP).