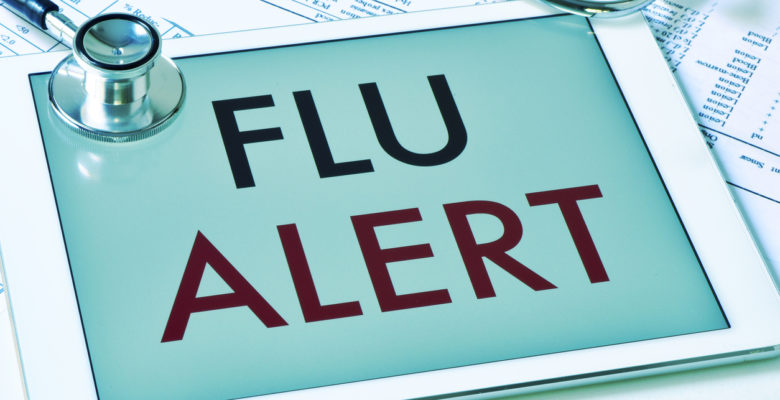 The most severe flu outbreak in the U.S. in decades is finally showing signs of slowing down, according to an update from the U.S. Centers for Disease Control and Prevention (CDC).

Influenza (“the flu”) is a highly-contagious virus that causes fever, chills, muscle aches, cough, congestion, runny nose, headaches, fatigue, and other symptoms. In some cases, infections are deadly.

The flu has caused the deaths of 114 children, as well as tens of thousands of older adults.

In comparison, the severe flu season of 2014-2015 caused the deaths of148 children. An estimated 56,000 adults, mostly elderly, also died of the flu. The CDC does not keep exact counts of adult flu deaths.

The good news is that the flu season appears to be slowing down. It remained widespread in 45 states in the last week of February, down from 48 states the week before, according to the CDC.

Fewer people are showing up at doctor’s offices with flu-like symptoms, according to CDC spokeswoman Kristen Nordlund:

“It looks like we did peak in early February. The activity is still high, but it looks like it is starting to come down, especially around the West Coast and some other parts of the country. Still, it’s likely that we have many more weeks of the flu season to go, probably through mid-April.”

Flu vaccines were only about 25% effective against the worst strain of the influenza virus behind the epidemic in the U.S. this year. Even so, health officials are still recommending a flu shot. Most of the children who died of the flu this year were not vaccinated.

Source: The flu has killed 17 more kids, bringing the toll to 114 children this season. But experts say it’s finally abating.